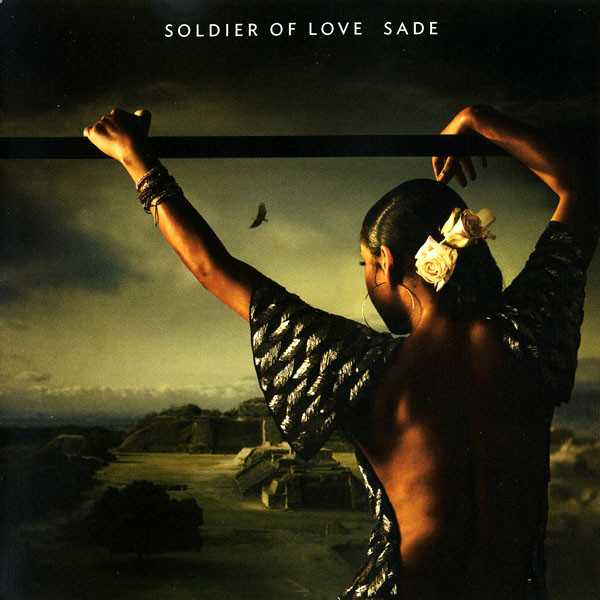 I am usually both excited and apprehensive when the legends announce a return. Excited, because we can never have enough of a good thing. Apprehensive because there is always that possibility of their misreading their fans expectations, and by attempting something ‘modern’ end up tarnishing what was until then an impeccable, immaculate track record of their career. Lionel Richie? The Rolling Stones? Whitney Houston? Janet Jackson? Yep, they have all, in their desire to stay relevant, released material that has often been nothing short of insulting to both their musical genius and the classics they were born to make.

So when I first heard that Sade were planning on a new album, their first since 2000’s Lover’s Rock , I held my breath. Now, having heard a pre-release copy of Soldier of Love, in my player, and my iPod the last few days, I can safely, and loudly announce that the songstress is (to disagree with one of her older songs) as good now as she was the first time.

(Sade is a band. My friend at Epic Records, London, insists on that, so I am going to do one of those lawyer’s verbose statements here, ‘all reference to the lead singer Helen Folassade Adu is singular should be construed to refer to Sade, the band, in plural, and vice versa, to the extent to which such references shall be appropriate and applicable’. Ha)

“I have lost the use of my heart but I am still alive” she tells us in the title track, the second song on the album. This writer knows just too well what she means. With its strong string section and a deliberate martial drumming, it is probably the only ‘radio’ song on what is otherwise a sombre, unpretentious collection of tunes about heartbreaks, new devotions and survival, sung on the periphery of misty basslines and assured keyboards. “I am at the borderline of my faith” she tells us, though she’s been telling us that for a long time.

Soldier of Love is quiet for the most part. With its slow, unhurried pace it gently releasing one track after another perforating your conscience with the familiar. The songs don’t jump out to grab you. They are simple compositions in jazz and soul, set in the background of the band’s ageless sound, telling you your own wounded story, in between piano notes, twirling guitar and plenty a violin. And these are stories you still want to hear from that assuring voice that once celebrated smooth operating first love’s, telling you now, how we tag along with our lives long after they are gone.

An artist who’s grown older is less inclined to chase taboos. In Be That Easy, she looks back at a lost love, understanding its brief role in a long play of trials and errors. “You, baby, will like the sky” she begins her ballad, constructed around a suggestive country sound and gospel organ, and goes on to tell us how her fall from love then is what has enabled her now “to fly as slow as I can, not try to reach the land, just falling somewhere”. One is then reminded of that wall we build to keep ourselves in, safe. It’s a theme we find elsewhere on the record. In Another Time, an older woman’s advice to a jilted girl, one hears again experience crooning disposable wisdom. “You’d be surprised girl, soon they’ll mean nothing to you…those tears will leave no trace…” With a strong middle eight violin piece, a subdued piano riff that carries the song and the highest saxophone notes on the album, it is likely to be the love song that becomes a single. In The Moon and the Sky, she sings, “why didn’t you come get me one last time…..we could have had the moon and the sky” amid a catchy latin guitar groove.

“He saw a lovely girl smelling clean and soapy like fresh air” she sings in Babyfather, a story of first encounter, a lovechild and a “daddy love that comes with a lifetime guarantee.” It isn’t all just resignation though. In Bring Me Home, she acknowledges her anger, and the past hugging on to the present, “The dawn holds the heaviness of the night” before the powerful “I’ve cried for the loves I’ve lost.”

“In my heart you have found the safest hiding place” she sings at the end of her latest offering. Sade may have in the course of the album’s songs betrayed her earlier assertion of a heart that has lost its use. On the contrary, Soldier of Love is about a woman who understands fully well the power of the heart and its resolute determination to fight a losing war.

In her 1988 album Stronger than Pride, she seemed to have given up. “Waiting for you would be like waiting for winter” she told us then. This new masterpiece only confirms that she’s been waiting for love after all,” …for it to come and turn it all around.”

Soldier of Love is released worldwide by Epic Records on February 8th 2010.