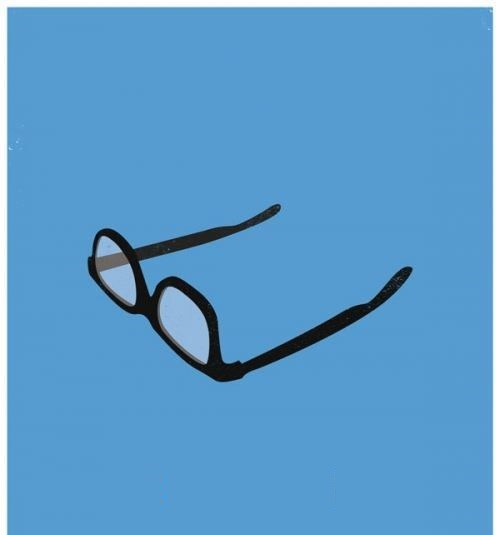 I’m writing this like a film editor clipping off the badly acted bits that couldn’t be recast. Or the actor who improvises badly written dialogue as he goes along. Like a sampling artist, I am penning this piece, on this day, using lines from songs, books and poems that have travelled with me through my life, nourishing my soul, feeding my insatiable lust for words. The solace that in between pages of poetry books and novels, in the reels of films, and in song lyrics, there are other lives that are very much like mine. There are feelings that I can touch; loves, joys and losses that I understand so well. I write this like a medley mashup of my life’s greatest hits, already written and sung by others before. Nothing you can do that can’t be done, nothing you can sing that can’t be sung. That which is done is that which shall be done. There is nothing new under the sun.

So I want you to picture me now, under the divine eye that sees all things, revolving like a dervish in prayer seeking his infinite language. If all the trees were pens and all the oceans were ink they would not exhaust his words. Or maybe it is easier to picture an old vinyl record spinning, with the needle on the groove, at 45 RPM, going backwards and forwards, in a montage soundtracked with guitar riffs and lyrical verse. This is me in a trance, paying homage to my life. As Marquez said, as if time was not passing, just turning in a circle, recycling mavericks, misfits, contrarians, heretics, outcasts, libertines and wordsmiths, who, like the boy in the Roberta Flack song, have strummed my pain with their fingers, and sung my life with their songs.

Libraries gave us power/ then work came and made us free/ what price now for a shallow piece of dignity?

I have believed in the ways of magic, and I’m beginning to wonder why. If you are still picturing the dervish whirling like the cosmos, then you would probably comprehend the lesson of how we all go back to where we started from, and then keep going on in the ecstasy of our unrelenting devotion to life. This is the story of how we begin to remember, Paul Simon told us. This is the powerful pulsing of love in the veins. Acknowledging, appreciating, feeling. Letting go of the arrogance, insolence and naiveté of youth, which Bernard Shaw reminded us, is always wasted on the young. Bad mistakes, I’ve made a few. I’ve had my share of sand kicked in my face but I’ve come through. The record shows I took the blows, and did it my way.

Give me a Leonard Cohen afterworld/ so I can sigh eternally

Travel far enough, you meet yourself, David Mitchell said in one of his books. The truth is, I feel I’ve hardly changed at all, still very much like a 1980s synthpop lyric, at odds and ends, stumbling away, but slowly learning that life is okay. Same ol’ Johnny singing oldies goldies, doing the walk of life. None of us really changes over time. We only become more fully what we are.

So rock and roll, so corporate suit/ so damn ugly, so damn cute/so well-trained, so animal/ so need your love, so fuck you all

Where does one begin when all the first lines of all great stories are already taken? A coastal boyhood, crafted like an Old Town door, imprinted to remember and remember. A lippy kid walking on walls, straddling between cultures, under the rain of everything written. I was looking for Rumi’s field that was beyond the ideas of wrongdoing and rightdoing, where the world was too full to talk about. I was looking for prudence, temperance, fortitude and justice. A child of the Great Indian Ocean, who fell in love with the moon – the inconstant moon, that monthly changes in her circle orb, looking always for great stories. The ones Arundhati Roy said we have already heard and want to hear again. The ones we can enter anywhere and inhabit comfortably. That are as familiar as the house we live in. Or the smell of a lover’s skin. The ones in which we know who lives, who dies, who finds love, who doesn’t. And yet we want to know again. This has always been my true north, the nectar that dripped from other people’s words, those spaces between letters where everything in the whole of life is contained.

I write this to not only celebrate my best 45 of everything, but also like Iris Murdoch wrote, tie up a few loose ends. Time, like the sea, the sea, unties all knots. Human arrangements are nothing but loose ends and hazy reckoning, whatever art may otherwise pretend in order to console us.

But I’m a creep, I’m a weirdo/ what the hell am I doing here?

All lies and jests, still a man hears what he wants to hear and disregards the rest. They would not listen; they’re not listening still. Perhaps they never will. This then is also a selective list of the memories that have chosen to stay, like a cloud busting shower of people and places, moments and time. Memory is truth, Rushdie says. It selects, eliminates, alters, exaggerates, minimizes, glorifies, and vilifies also; but in the end it creates its own reality. So my life as a list, my sweet dreams, are made of this.

Like Marvel super heroes, these artists seem to have always been there to save me from this vile world with its vilest worms to dwell. Like the archangel Peter Gabriel, who comes fully backed with drums, guitar and violins. Son, he says in those dark moments, grab your things, I’ve come to take you home. Or Kate Bush, whispering in her angelic voice, I know you have a little life in you yet. I know you have a lot of strength left. Why worry? There’s always laughter after pain. There’s always sunshine after rain. These things have always been the same, Knopfler.

Living is easy with eyes closed, Lennon. None but ourselves can free our minds, Marley. We could be heroes just for one day, Bowie. I learned more from a three-minute record that I ever learned in school, Springsteen.

In 1992, I fell in love with what would become my favourite record of all time. The title of that album sounded a bit nonsensical at first. Many years later (no, I’m not going to quote Marquez again), with the advent and spread of the internet, I would learn the story behind the title, and I have now embraced it as my own personal motto. That unusual phrase was the slogan of what Bill Berry, the former drummer of R.E.M., called “the best soul food restaurant in the South.” The words were found above the restaurant’s front door (The words of the prophets are written on the subway walls, and tenement halls). However bad things were, whatever the situation of the day was, once one gave one’s food order in that restaurant, the staff would respond with a friendly “Automatic!” before dishing up the food. And so it shall be my life’s purpose. Automatic. For the people.

But it was long ago and it was far away, oh God it seems so very far/ and if life is just a highway, then the soul is just a car/ and objects in the rear view mirror may appear closer than they are

It’s only words, and words are all I have, flowing out like endless rain into a paper cup, slipping away across the universe. And they have always been here to comfort me. To share, to sing, and to pass on. When I’m so high I even touch the sky, or when darkness, my old friend comes to talk to me again. There will always be a song, a poem, a book, a film. I get by with a little help from my friends.

The world was on fire and no one could save me but you.

Memories warm you up from the inside, Murakami said. But they also tear you apart. Good friends we had, good friends we lost along the way. Like The Boxer in the Simon & Garfunkel song who carries the reminders of every glove that laid him down or cut him till he cried out in his anger and his shame, “I am leaving, I am leaving.” But the fighter still remains.

My 45 Best Albums of All Time

I recommend getting your heart trampled on to anyone/ I recommend walking around naked in your living room/ Swallow it down -what a jagged little pill/ It feels so good swimming in your stomach/ wait until the dust settles/ you live, you learn

My 45 Best Songs of all Time

And there’s a message that I’m sending out like a telegraph to your soul, and if I can’t bridge this distance, stop this heartbreak overload. I ain’t missing you at all.

My 45 Best Films of all Time

Now we all have a great need for acceptance, but you must trust that your beliefs are unique, your own, even though others may think them odd or unpopular, even though the herd may go, “that’s baaaaad.” Robert Frost said, “Two roads diverged in the woods and I, I took the one less travelled by, and that has made all the difference.”

My 45 Favourite Books of all Time

Things get broken, and sometimes they get repaired, and in most cases, you realize that no matter what gets damaged, life rearranges itself to compensate for your loss, sometimes wonderfully.